Back in November, I took a lot of pictures of Hunter and Vaun (my best girlfriends son).  At that time, I had just renewed my interest in my photography and found that I was taking about a million photos of everyone and everything!  I took my camera everywhere I went, which included my Down syndrome Playgroup - YMCA Play to Learn for Kids with Special Needs.  For those who don't know, I created this playgroup in partnership with the YMCA back in 2009 and it's been running every other week, ever since!

Don't let me fool you, it's not like I happened to recall that I had these photos just lying around, I had some time on my hands today and I found myself sorting though hundreds (literally) of my photos (finally) and realizing I needed to put them into my "Children's Photo file" (which currently contains over 4000 photos of my two kiddies).  In the many various photos, I discovered I had taken so many of Vaun with Hunter.  These images are not as great in resolution as my newer Nikon, but the photos are still fantastic quality.  Anyway, after looking at these particular images, I figured I'd put a little commentary on them.  It's so obvious (and cute) that the two of them are engaged in some sort of ... something!  How cute - Huh?!  LOL

Hunter, Don't forget about me here behind you.... Are you mad at me?  (Hunter discovers he can "make" a cake.) 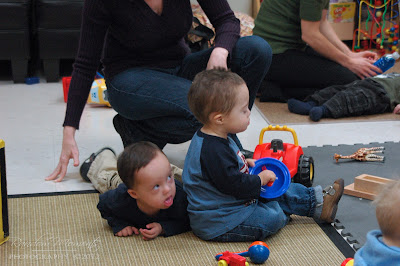 Hunter???  You listening buddy?  Was it something I said?!  (Hunter vigorously stirring his batch...) 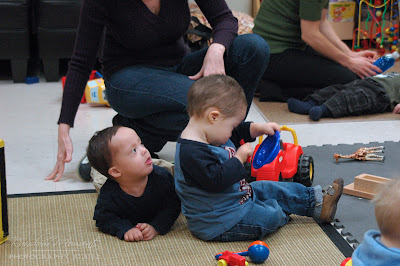 Hunter!!  I'm right here!!  I love you....  (Hunter seemingly finished, thoughtfully decides he must add a pinch of a missing ingredient...) 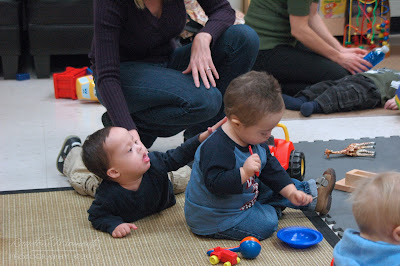 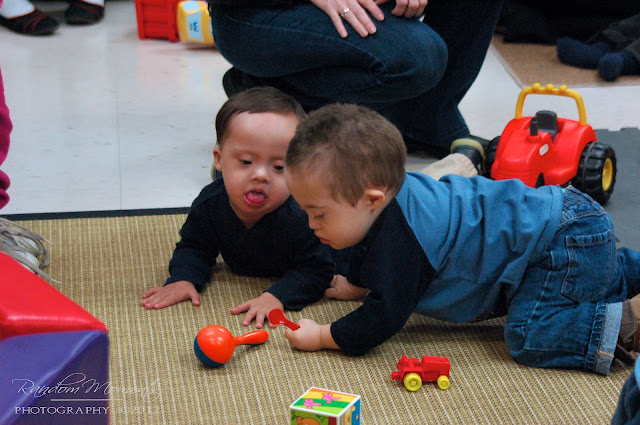 There's just so much love with these two boys.  I am guessing that the next two (Hayleigh and Ashur) will be just as close, given that they are three weeks apart.  Nothing is better than friends and family.